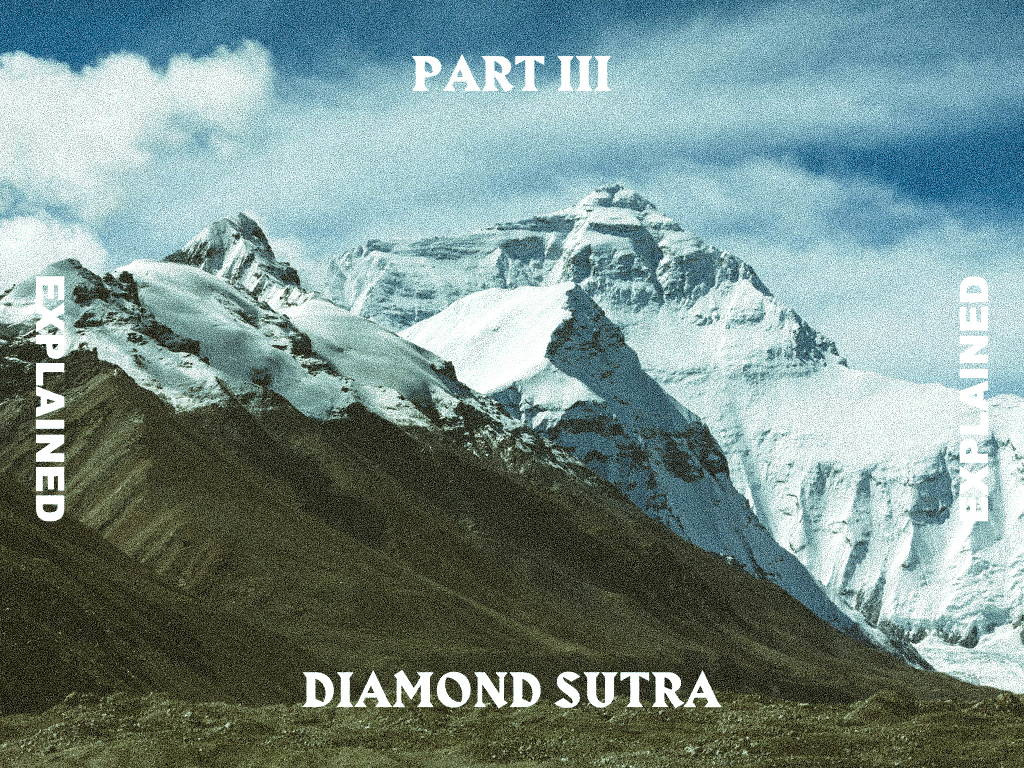 REINCARNATION AND THE SAMSARA

In the One Life Theory, as mentioned in the previous part, it's simple. If you get sick and tired of life, waste it for another few decades and you are there...facing death.

In the Two Life Theory, restrain yourself for a few decades from doing any bad to the world, have some faith, and you're good to go. Face the judgment and poof. Eternal happiness.

But in the Three Life Theory, pessimism is a big problem because you will eventually become sick and tired of being born and dying over and over again. You might do some good, and obtain happiness in the next life...but ultimately you will die again...and born again...again and again and again. Sounds like a joke no? The ancient Indians viewed life and death as a beginning-less and repetitive cycle of suffering...mundane existence and dying again. This is exactly why a very interesting topic came about; A religious question that no other faith system even considered to face. Which is how do we die and not born again.

But before going into the interesting part, I need to further familiarize you with the concept of reincarnation. Reincarnation, also called transmigration or metempsychosis, in religion and philosophy, is a belief that the after the death of the body the immortal component, whether it be consciousness, mind, the soul, or other entity, will reborn into another body.

Would you be surprised to learn that reincarnation is not actually a Buddhist teaching? One of the key doctrines of Buddhism is anatta, sometimes known as anatman, which means no-soul or no-self. Buddhism believes that there is no permanent essence of an individual self that survives death, and thus Buddhism does not believe in reincarnation in the traditional sense, such as the way it is understood in Hinduism. And yet the notion of rebirth comes up in Buddhism from time to time. If there is no soul or permanent self, what is it that is "reborn"? This is something I will talk about later on in the series.

But for now, generally, the concept of reincarnation is translated to Samsara, which is a fancy Sanskrit word for the endless loop of life and death. Samsara is considered to be painful, while being engined by desire and ignorance, which is ultimately a result of karma. What's really interesting about the Samsara is that it's a little bit more complex than being just a bipolar loop.The Samsara is segmented into six realms. Three good realms including the Heaven, Demi-Gods (Asura), and the Human realm...And three evil realms: Animal (beasts), Hungry Ghosts, and Hell.

Ok, I'm not saying that the hungry ghosts and the animals are evil and humans aren't. Remember I told you that karma plays a role in this? Which realm you born into after death depends on your complex karma. So even the cutest puppy in the world must have done something bad to have its rebirth as an animal, and even the worst person in this world must have done enough good to be born as a human. In that sense, good and evil. The higher up the six realms the less suffering, and the lower down the more suffering. 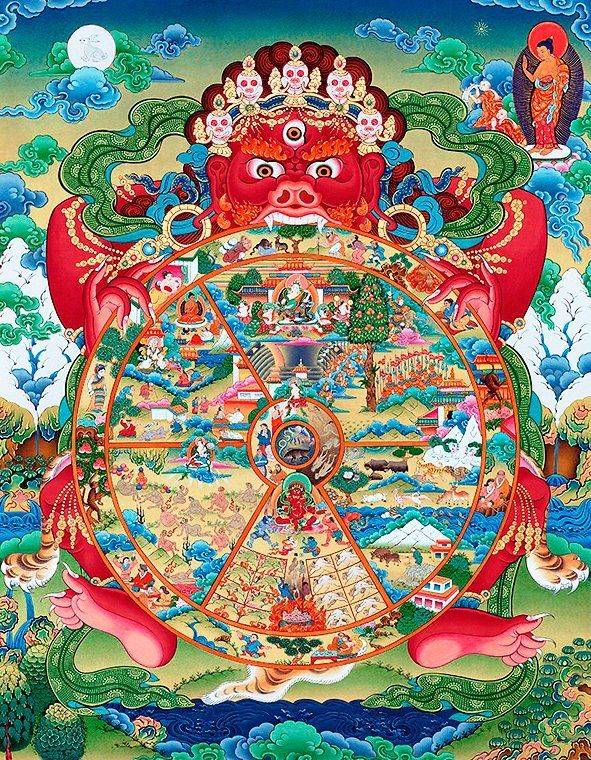 How it's represented is actually very clever. For example, a human can do a lot of bad and harm in one life, and rebirth in hell, but after paying off all the debts over time through suffering, they can still reborn as human or higher, after going through multiple rebirths as animals and hungry ghosts in the process. And this is not a one way thing. A divine being of the Heavenly realm can do some bad, make a mistake, or simply finished enjoying the fruits of good deeds without planting new ones...bam! down you go!

You see how Karma works here? The way karma functions is like a Swiss watch. Precision and accuracy. Cause and Effect. Many Westerners misunderstand karma as fate. This is wrong. Karma is simply action and reaction, "volitional action". Any thought, word or deed conditioned by desire, hate, passion, and illusion create karma. Absolutely everything is accounted for regardless to your age, race, gender and other properties. This is why you are responsible for everything you are experiencing, and all phenomena happening to you. The system is very emotionless, and it has no mercy whatsoever. Played fair, plays fair, and will continue to play fair. Had a rough childhood? Karma. Got promoted? Karma. Got robbed the other day? Karma. Fell in love? Karma. Got dumped by your lover? Karma. The same applies to reincarnation. Born in hell? Karma. Born in heaven? Karma. Born as a man or women? karma. Born in a wealthy family? Karma. Born in poverty? Karma.

Furthermore, the concept of reincarnation is actually not something that alien to the civilization outside of the Eastern cultures. It just kind of died out. For example, the Egyptians believed in the doctrine of the immortal soul, where death is a condition that only affects the body. When a person dies the soul is merged into another person's birth.And the ancient Greeks, the Orphic mystery religion held that a preexistent soul survives bodily death and is later reincarnated in a human or other mammalian body, eventually being released from the cycle of life and death and regaining its former pure state. Even the good old Plato believed in an immortal soul that participates in frequent incarnations. You see some of the similarities with Buddhism yet? Well, Buddhism actually denies the notion of an immortal soul, a self, a person, a personality...we'll talk about it another time...

Anyway, so far, the aim might appear to be doing so much good deeds, or planting so many good karmas, so that you rebirth in the heavens. Right? No no no. Even in the heavens, you are still within the loop of Samsara. Yes, life must be good up there, but over time you will still die and go into rebirth program again. Crazy huh? No eternal life in the heavens? Unfortunately not, though you will live significantly longer than a human, and you will be blessed with all sorts of unimaginable luxury, again as a result of karma. But in Buddhist understanding, you are still suffering. Not in the conventional way, but suffering in terms of being ignorant and attached. So the real aim is to end this entire Samsara...for good. Again, the question is, "How do we die and not born again".

To die and with no more rebirth. This is called Nirvana.