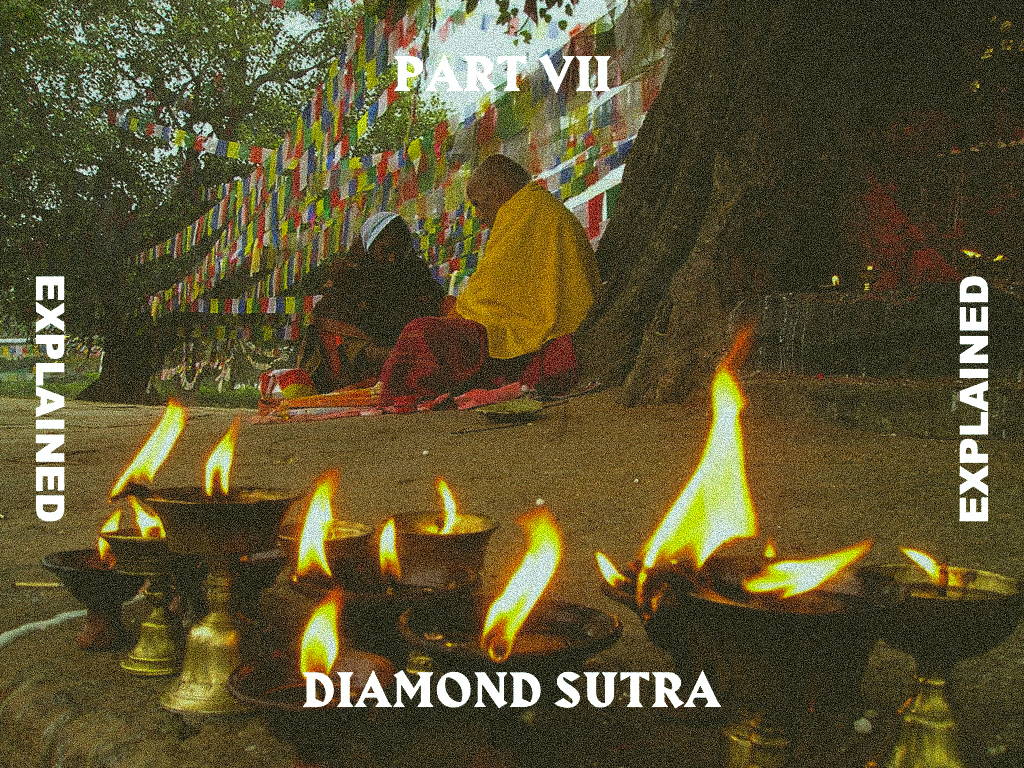 EMPTINESS IS NOT NOTHINGNESS. DECONTAMINATE YOUR MIND.

Last time we briefly scrapped the surface of the topic "emptiness", and today, we're going to explore this topic with a little bit more depth.

Now, emptiness, at least in the English term, sounds kind of depressing... it feels like the total lack of something, and to some extent cold and lonely.

But in Buddhism, this is not the case. Emptiness is not exactly the same as nothingness. When you look at a flower, for example, you see that the flower is full of everything. You see the colors, the forms, stems, the soil, nutrients, the absorption of sunlight, energy, time that is needed for its birth, death and decay, the space for its existence...etc. You can practically say that the flower is full of the universe or the cosmos. This is applied to everything...and yet why does the Buddha consider it to be empty? Well, this is because the flower is composed of nothing other than the on flower elements. It is not a separate being. and it cannot "be" by herself alone. The flower has to inter-"be" with the entire cosmos. If you remove the non-flower elements from her, she would vanish. She cannot "be" she can only "inter-be", which is why she is full of everything and yet empty of a separate being (self). Empty by default.

Now replace the flower with you, and you should realize that you are only you because of the non-you elements: mother and a father, food, time and space, etc. If one of the non-you elements were to vanish, you would vanish instantly. What the Diamond Sutra teaches us is that the sensual experiences we have here in the 3D world are in fact an illusion. Why? Because everything here is inter-beings, and therefore the selfness itself is the greatest illusion of it all. The flower, me, you, buildings, chairs, cars, people, etc, are all assumed to be independent objects/life interacting with one another, but in reality, sensual or not, we are fundamentally empty. We are like emptiness wrapped with different wrapping papers, some looking like a human, some like animals, some like buildings, some like rocks. You rip the paper open and you'll find out that all the content was the same. Empty.

I hope this is making logical sense to most of the readers here. If you are existing only because of the non your elements, all the things around you, then surely the sense of self you're experiencing is also an illusion. And the non-you elements are also only existing in this world due to other non-them elements, their independent-ness should be equally delusional. Therefore, you, them, they, me, those, it...etc are all fundamentally empty by default. Man is only made of non-man elements, and non-man elements are only made of non-non-man elements...etc. Therefore man, in the 3D world, cannot exist as a separate independent entity, but only as a manifestation made possible by the non-man elements, which is everything.

This once again relates back to the ongoing theme of logical compassion. For those who have a bad relationship with their parents, a friend, or partner, child, etc. Think again, your very existence here is reliant upon them. This is why true Buddhists find joy everywhere and anywhere because today I am able to do what I do, eat what I eat, etc, because of you, and all the things around me...which is everything. Beyond this overwhelming sense of gratitude we have for absolutely everything, we learn that we are fundamentally empty by nature. The practice of emptiness is very much about realizing that you are composed of non-you elements. By doing so, you will realize that the sense of self you possess is an illusion and therefore liberated from need to cling something.

So do I not exist? Try not to get trapped in the dualistic ways of thinking. The phenomena of you is empty in itself. It does not deny your existence but denies your false sense of selfness, or the sense of being a singular independent being. In that way emptiness does not negate phenomenal existence. All phenomena are there, but we can control how we are affected by the phenomena, and we can remain undisturbed by them through practice, so that we are no longer the victims of four own illusions.

In the Sutra, this idea is repetitively played around by the Buddha. This is where things get a little bit more interesting. Before moving forward, I want to introduce Subhuti to you all.

Subhuti was one of the ten principal disciples of the Buddha. He is considered the disciple who was foremost in being "worthy of gifts" and "living remote and in peace". In Mahayana Buddhism, he is considered foremost in understanding emptiness. Subhuti was born into a wealthy family and was a relative of Anathapindika, the Buddha's chief patron. He became a monk after hearing the Buddha teach at the dedication ceremony of Jetavana Monastery. After ordaining Subhuti went into the forest and became an arhat meditating on loving-kindness. It is said that due to his mastery of loving-kindness meditation, any gift offered to him bore the greatest merit for the donor, thus earning him the title of foremost in being "worthy of gifts".

So, Subhuti is an Arhat, someone who has achieved partial enlightenment by eliminating his attachment towards the notion of self. The Buddha explains to Subhuti that Bodhisattvas are on a different level, where they have not only eliminated the sense of self, but they have eliminated all sense of differentiation including the notion of differences. I'm not talking about our human, low-class race/gender/age/nationality sort of differentiation. I mean, eyes and mouth are no longer differentiated; There and here, you and them, etc etc. All phenomena are un-differentiated and equal. Why? Because they are all fundamentally empty and the same. This is why when they say that they are committed to liberating all beings, they do not possess the notion of "all beings". Because if they do, it would mean that they are not a true Bodhisattvas as it would suggest that they still cling to the notion of self, that can be differentiated from all other beings.

Do you see how Bodhisattvas takes emptiness to a whole nother level here?

Typically speaking, this is the major difference between how emptiness is understood by Theravada Buddhism and Mahayana Buddhism. Theravada Buddhism is mainly practiced in Sri Lanka, Thailand, Laos, Cambodia, and Myanmar, and its focus on individual attainments of enlightenment to become an Arhat (like Subhuti): The practice of becoming desire-less, letting go of the self, become empty in terms of Ego-less. This type of emptiness is sometimes known as the anatman (non-self). On the other hand, Mahanaya Buddhism, also known as the Great Vehicle, focuses on the ways of the Bodhisattvas. The emptiness here is applied to everything and absolutely every thing. This is called sunyata.

Diamond Sutra teaches us that the forms we see, the phenomena, in this world is to be treated with compassion, love, and care, as they are the things making our existence possible. At the same time, we must learn to eliminate (cut through the illusion of) all differentiations as we are all fundamentally empty and the nothing exist as a singular independent being.

Hopefully, I have managed to clarify some of the ideas here. See you next time.