Magic mirror on the wall, who is the fairest one of all? 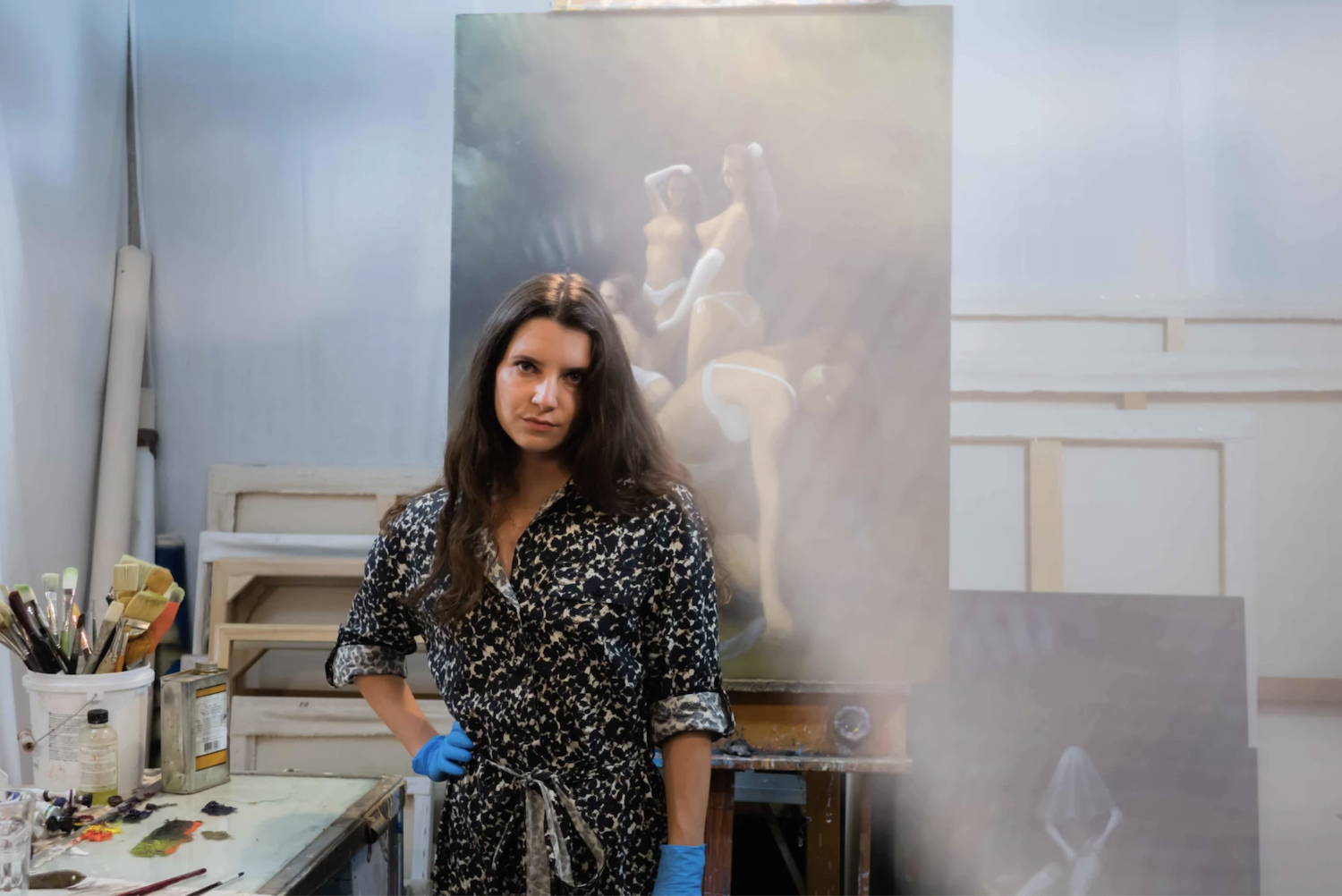 One of our favorite female artists of the decade, Emily Marie Miller, has released a new solo exhibition at the famous Unit London Gallery; once again revealing a wonderfully narrated new series of work.

“Magic mirror on the wall, who is the fairest one of all?”

“A lovely maid I see, rags can not hide her gentle grace, alas she is more fair than thee.”

“Lips red as the rose, hair black as ebony, skin white as snow.”

"So goes the infamous exchange between a vainglorious queen and her prophetic mirror. Although universally known, this dialogue carries particular pertinence for Emily Marie Miller. Having grown up watching whitewashed Disney films that had inevitably been adapted and neutralised for consumption, Miller is now interested in the reappraisal of the tropes set out by these films, and the role of reflection in art and life.

There are several reasons as to why the arbiter for beauty in this fantasy realm is a mirror: it is an object that not only reflects the person in front of it, but also - as this information has to be processed - it reflects the subject’s interior flaws, their anxieties. The mirror becomes a vehicle for self-reflection as well as physical reflection; it also reflects larger societal attitudes and outlines 20th century notions of beauty - the red lips, black hair and fair skin all collide in a fairly inflexible criteria. The mirror in Snow White has a tripartite purpose: to relay or reflect the beauty of Snow White to the queen, to reflect the queen’s anger, and to reflect a pervasive concept of beauty. It is this last function that preoccupies Miller and fuels her considerations of mirroring in contemporary culture.

Miller views the mirror as a symbol for increased societal anxiety and uniformity around notions of image. She’s interested in the fact that, as people converse, they tend to mirror each other’s movements and expressions, obeying subconscious rhythms that endear one to the other. In other words: we like to be alike, as it is a feeling akin to acceptance. This is something that is reflected on social media networks: instagram influencers follow a formula, mimicking each other’s poses and facial expressions, while a platform such as TikTok relies heavily on behavioural and musical trends that are then reproduced ad infinitum. Miller draws a parallel between this digital echo chamber and the process of oil painting: her practice begins with photography, which in itself is a series of reflections and refractions of light to create an image; then that image is reproduced on canvas where it will be photographed and then multiply again. The process of creating art through photography, much like the process of creating art more generally, is one concerned with reflection.

Miller’s work in Mirror Mirror is addressing the issue of personal identity in a society plagued with vanity, it delves deeper into the reflective mechanics behind the relationships we hold with ourselves and with each other." - text from Unit London Gallery

Mirror, Mirror, my first international solo show opens this week with @unitlondon ! Check it out in person for me if you’re in London 😭

Hyper nostalgic exhibition by Madsaki at the Kaikai Kiki Gallery

Did you live the golden era of the American classic He-Man cartoons? If you did, this exhibition will bring you...

One of our favorite female artists of the decade, Emily Marie Miller, has released a new solo exhibition at the...

Group Exhibition: Recent graduates from the MA Painting of Royal College of Art.⁠

An exciting exhibition about the 'Cursed images' The fountain of youth is a mythical spring that restores the youth of anyone who drinks or bathes in its... Adam Handler's first Solo collaboration with Saint Maison.
Back to EXHIBITION
Use left/right arrows to navigate the slideshow or swipe left/right if using a mobile device
﻿