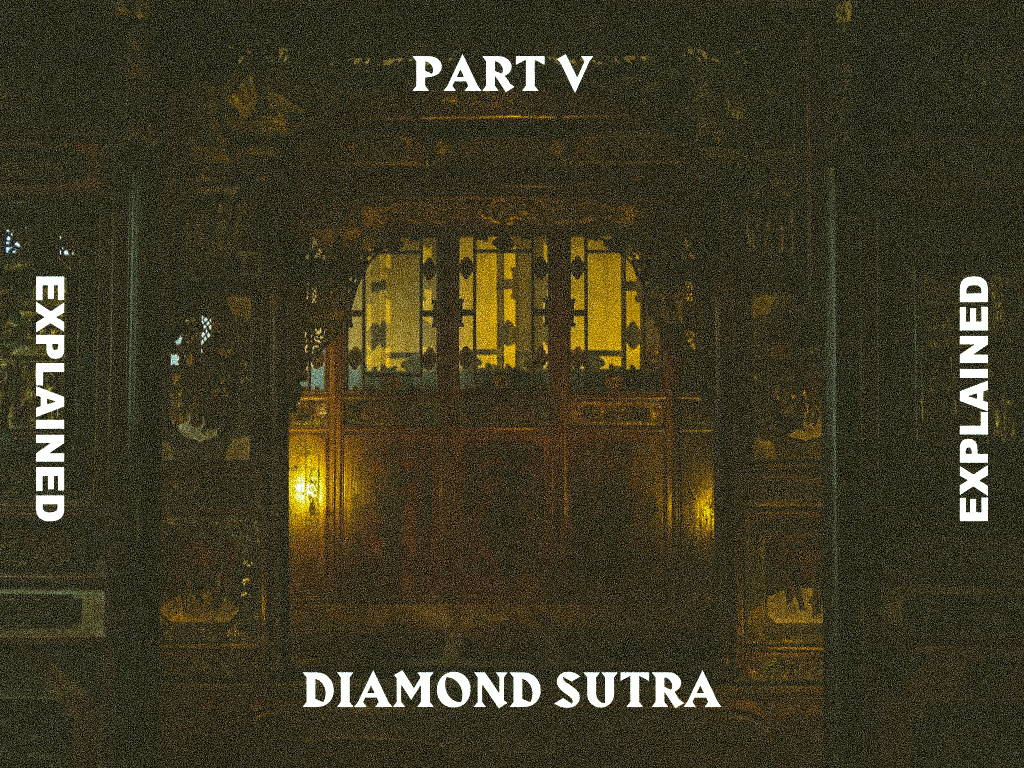 REALITY, LIMITS, AND TRYING TO SAY THE UNSAYABLE

So last time we briefly talked about dimensions…and how our perceptions of the world is not really everything that’s out there. I mean…even science…the Big Daddy of reality, for most people today, is all about discovering what’s already within the reality. There is nothing new to it, if you really think about it. Atoms and cells and all the other wonderful complex jargons of sciences, you strip away the word, and it was always there…

If the so called ‘reality’ is so much greater than what we are experiencing… don’t you think that our experiences itself are so confined and limited? Take a moment to think... The way we experience abstract concepts like LOVE, for example. We can experience it through sound, like language and verbal communication, we can experience it through touch, making love…hugging…kissing…holding hands, we can see the actions of love, we can remember it though smell, cooking that reminds you of your mother…etc etc. The way we understand the notion of Love is limited to our three-dimensional experiences. Not a single form of love we experience is beyond the three dimensions. Correct?

From the warmth of your family, to the overwhelming passion for your lover…and everything in between, are all three-dimensional experiences. The way we talk about it, describe it, language, verbal or scriptural, are all within the boundaries of our dimensions.

Now, this is a huge problem we face when we're trying to understand the Diamond Sutra, because the way in which we experience the sutra is also three dimensional (i.e. There is a physical book with texts in it). But its true meanings are way beyond the boundaries of language. This is obvious when the sutra is designed to bring us to the other side…or help us shift into the state of Nirvana. (somewhere way beyond the three-dimensional state we live in)

The language barrier here is far complex than the differences between Chinese and English, or any other languages; It is literally inter-dimensional. This is also why I can assure you that some will gradually grasp the meanings of the sutra, and some will just never get it. The sutra is basically trying to express something beyond human language using human languages. It would be like trying to explain concepts like 'justice' to a rock. You see how messed up this is? This is why in Buddhism talks about the notion of WuXing（悟性）, the power of instinctive and initiative understanding. I hate saying this, but what it means is that some people will instinctively “get it” … and some wont. Why? Because of Karma. Like a deja vu, some are familiar with the wisdom because they have learnt it some point in the past life, or have come across it, related to it, etc. Some have planted multiple good deeds in the past to obtain the ability to “understand” the sutra.

Explaining this brings us to the next stage of decoding the Diamond Sutra. Because what I am essentially trying to achieve here is trying to simplify something that is already simplified (by Gautama Siddhartha, aka the Buddha) to our human language.

Last time I mentioned that “all compassion, generosity, and kindness is not the nice thing to do but the only rational thing to do.” Feels weird quoting myself, but I would like to expand on this. The concept of compassion, generosity, and kindness we experience, like “Love” I mentioned above, is confined to our 3D world. We can experience the concept of generosity, for example by dishing out lots of money to the unfortunate, but that does not mean that the act was “GENEROSITY” itself. No. This is sounding like Plato’s epistemology huh? We can talk about generosity, or any other abstract formless concepts, all day long using means like language, but that is never the 'IT' itself. Just like we can talk about something that is red, like a red chair, but try explaining the concept 'red' to a blind person who have never seen red in his/her life. Becomes pretty impossible… No? You can say that red is a passionate color, warm…etc, but then, it's a matter of opinion.

The sutra, repeatedly, expresses the limitations of language and how it restricts you from seeing the reality clearly. The sutra basically tells you to Shut up! And be present... Aware... and soak in the world as it is. It’s like a secret way to shatter the 3D world, and journey beyond the world of shapes, words, forms, and materiality.

So, when I talk about compassion, it’s really not about shedding lots of tears for others who are suffering, as this is all well within our 3D world. It‘s more about being smart, possessing the wisdom, and capable of stopping suffering. This is part of the wisdom Buddhism often refers to as enlightenment. Something that ends suffering. For example, if you're in serious pain, with a broken leg, would you want the doctor to cry about it? Or fix you up…even if the surgery is long and painful I’m sure you want to walk again.

It would be absolutely meaningless if a bunch of monks were crying all day because they think that people are suffering… We don’t see the Buddha crying all day after his enlightenment… What did he do instead? He talked about the means to end this suffering permanently, the methods, and how exactly we can practice it. Thus, this Sutra exist, out of logical and practical compassion. 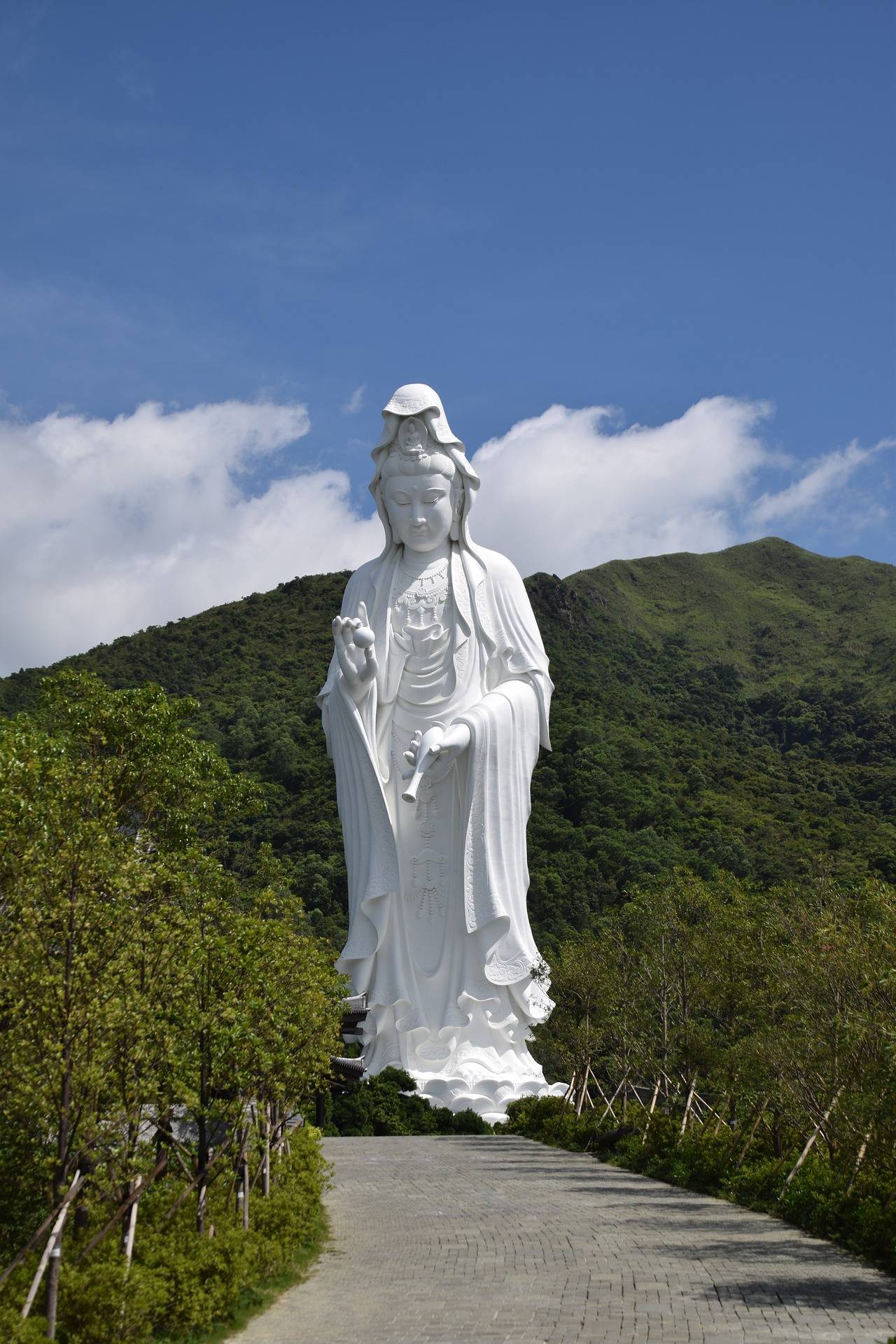 In China, almost 100% of the population understand that the bodhisattvas, especially Guanyin, are compassionate. Many pray for improvements in health, cure, wealth, dreams come true, etc. To obtain those blessings they would go worship, chant sutra, plant good deeds…burn some incense… Damn… I hope you’re getting the picture here. Bodhisattvas are not Santa Clause! They are not businessmen! It’s not about how many times you chant a sutra, it's about the state of mind, the heart. The sutra explains that worshiping and praying will not lead you to true buddhahood. Now, I'm not saying that those practices are bad, or entirely meaningless. But it must be used as a means to an end, to study and learn about whats real and what not, phenomena and non-phenomena...

We must understand that bodhisattvas are not compassionate in the way we think they are. The sutra explains that they do not even possess the notion of self, others, living beings, they are way beyond those singular notions. So, it’s best to not apply our low-class 3D logics and assumptions to the bodhisattvas, as they are not here to grant your wishes, they are here to liberate us from suffering. This is one of this many many misconceptions we tend to have. So, try not to be fooled by the language norms because it will really mess up how you soak in the Diamond Sutra. And honestly, those ideas shouldn’t be too unfamiliar to the Western world, like Wittgenstein talked about it all day long, Plato/Socrates…etc etc…

The point is, our language, including the stuff I’m typing out right now, helps us to understand things that are beyond this 3D world. But it is certainly nowhere close to the actual reality itself. It’s like a tiny tiny breadcrumb off the gigantic bread. Almost entirely meaningless. But definitely don't be discouraged tho.

Now that I’ve talked about language and its huge limitations, we can explore something a little bit more complex.