Hyper nostalgic exhibition by Madsaki at the Kaikai Kiki Gallery 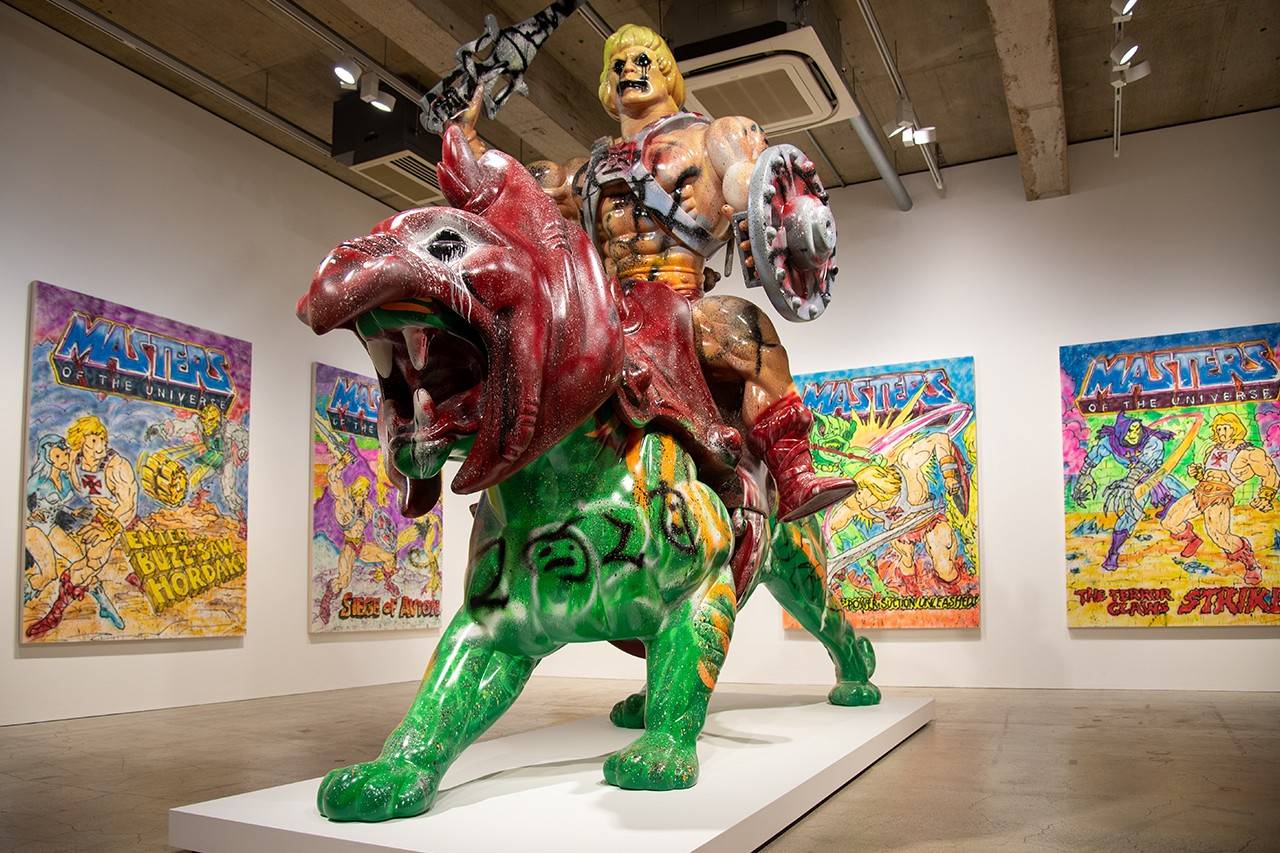 Did you live the golden era of the American classic He-Man cartoons? If you did, this exhibition will bring you all sorts of crazy nostalgia. But with all kinds of unique twists brought by the rising mad artist Madsaki. Street but not quite, pop but not quite, the artist has created a wonderfully strange and addictive blend of style that is entirely unique to himself. If you're in Tokyo, go visit the gallery and see for yourself.

※Please note that entry may be restricted if the number of visitors exceeds the maximum capacity.

The show will feature the artist’s new series of paintings and sculptures based on Mattel’s Masters of the Universe franchise, including its popular toy line, comic book covers, and action figure packaging.

The exhibition title “1984” refers to the year that Masters of the Universe was at the peak of its popularity in the U.S. Of course, the year also evokes George Orwell’s science fiction novel, but what is the connection between these concepts?

The year was 1980—MADSAKI was six years old, and had just relocated from Osaka, Japan to Bergen County, New Jersey with no English skills whatsoever. Strangers mocked him with racist taunts, and while his classmates were friendly, he still couldn’t fully blend in, feeling a thick wall between them. So, instead of playing with friends after school, he often ended up watching cartoons at home alone. He was particularly obsessed with He-Man and the Masters of the Universe, an animated series based on Mattel’s Masters of the Universe toy line.

He-Man and the Masters of the Universe is a science fiction and medieval fantasy-themed media franchise by Mattel, in which the hero He-Man fights to protect his planet from his arch-nemesis Skeletor. The series made its first appearance as a line of action figures in 1982, later spawning its iterations in a wide range of genres, including animated television series, comic books, video games, and a live-action feature film. Anyone who grew up in the 1980s America would probably be familiar with the series.

As a character in a children’s TV show, the burly, blonde-haired hero He-Man is incredibly deliberate in his behavior, explaining every situation he finds himself in and every action he takes with a clear, confident, and authoritative voice. The heavy-handed didactic exposition delivered a steady stream of English learning material for MADSAKI to consume, providing both a cultural and linguistic bond to the unfamiliar world around him.

Thanks to He-Man, the English words that accumulated in MADSAKI’s brain from continuous exposure finally fell into place. Full sentences flowed out with ease, allowing him to finally voice his thoughts aloud in English.

In other words, He-Man built a bridge for the artist between two cultures, fundamentally shaping the core of his personality.

1984 was the year MADSAKI mastered English. 1984 was also the year Masters of the Universe had reached the peak of its boom.

During the Super Bowl on January 22, 1984, Apple released a television ad for their Macintosh computers directed by renowned filmmaker Ridley Scott. The story of the “indie” contender Apple going head to head with the industry giant, IBM, signified the dawn of a new age for computers, but also symbolized a seismic change in the times. The ad was a reference to George Orwell’s novel 1984, which explored the correlation between authority, the establishment, and personal freedom. The unconquerable wall MADSAKI faced was language, and it was his hero, He-Man, who broke through that wall. The allusion to Orwell’s 1984 is an attempt to illustrate the worldview and true hero of the artist’s life.

This exhibition, named after that seminal year, features paintings portraying the Masters of the Universe world, sculptures created by enlarging the action figures from the era by roughly fifteen times, and paintings depicting MADSAKI at ten years old with his awkward smile.

In the past two years or so, MADSAKI’s popularity has gone through the roof. What is the reason behind this? Art dealers, auctioneers, many of his fans, and most of all the artist himself probably haven’t been able to figure it out.

However, we believe this exhibition will provide a clue to deducing one of the reasons.

While MADSAKI’s clumsy yet purposeful use of spray paint to re-create existing images may seem like simple mimicry, and the lines and colors of his crude paintings—by no means skillfully executed—wobble with uncertainty, this is in fact the artist’s prescription for disentangling the loose ends of his utterly unsuccessful efforts at communication, generating a genuine voice that resonates with many.

This exhibition was postponed for two months due to the COVID-19 pandemic, but the delay allowed for MADSAKI to take plenty of time to complete his artworks. The artist himself is very confident about the end result. 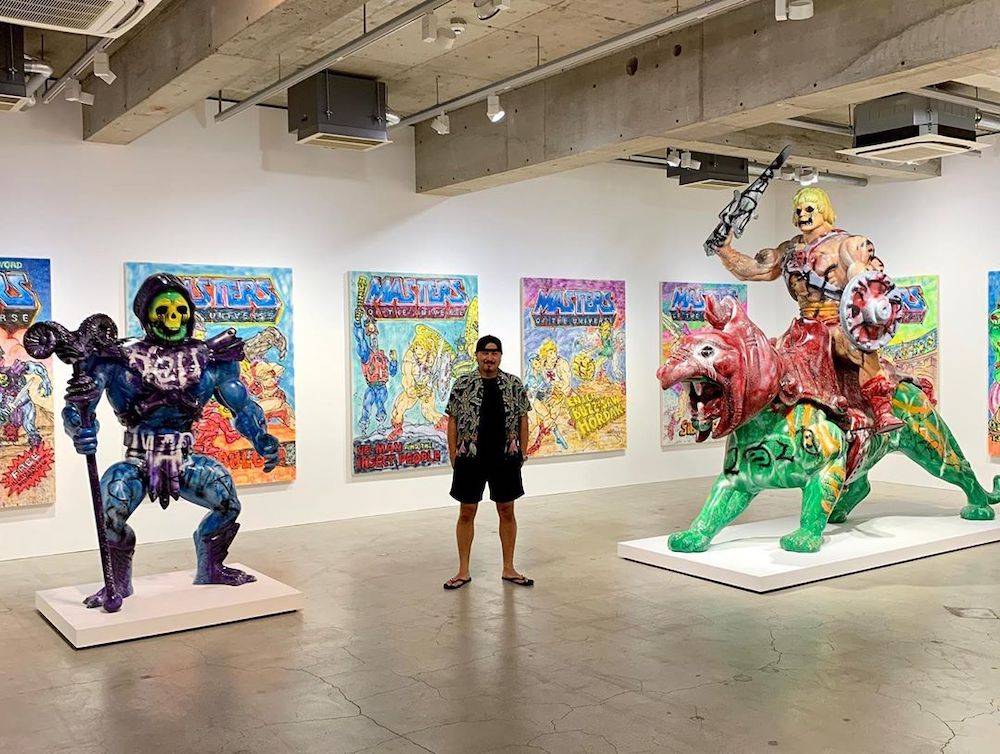